On December 23, 2014, Mr Vajpayee, and Pandit Madan Mohan Malaviya (posthumously) were announced as recipients of the Bharat Ratna, India’s highest civilian award.Following the announcement, the government announced that the birth anniversary of the former Prime Minister would be henceforth commemorated annually in India as Good Governance Day.

1 . To make people aware about the government commitment for providing a transparent and accountable administration in the country.
2 . Good Governance Day is celebrated to enhance the welfare and betterment of the people.
3 . It is celebrated to standardise the government functioning and to make it  highly effective and accountable .
4 . To implement the good and effective policies to complete a mission of good governance in India.
5 . To enhance the growth and development in the country through good governance.
6 . To bring citizens closer to the government to make them active participants in the good governance process.

e-HRMS  was  launched  during  the  observance  of  Good Governance  Day on 25th Dec. The launch of e-HRMS is  a step towards the ‘ease of governance’.

This is a step in the direction of fully automated Human Resource Management System with a target to bring all employees of Government of India on employee portal so that all processes of personnel management from hiring to retiring will be on digital platform and manual system of handling personnel management will be dispensed with.

UTILITY  FOR  THE  GOVERNMENT

The software will give a comprehensive and combined view of the human resource deployed by the Government. It is a cost-effective initiative, thus sustainable in the long-term. It will also provide HR analytics for the Government. It will help Government to post right man at right post, thus extract best of an employee.The system is designed in a way to obtain all management related inputs/reports through its Dashboard and all pendency of data updating as well as claims will be seen online by senior authorities that will instil more responsibility and accountability among all government servants

UTILITY  FOR  THE  EMPLOYEES

With launch of e-HRMS, employees will be able to not only see all their details w.r.t service book, leave, GPF, Salary etc., but also apply for different kind of claims/reimbursements, loan/advances, leave, leave encashment, LTC advances, Tour etc. on a single platform.Employees shall not be dependant for data updating on administration, but they may themselves update the data with their login subject to verification by concerned administration. They will be able to track status and match details instantly.

Even availability of online data of employees will help organisation to take many administrative decisions easily like planning of recruitments, posting of official to a task as per their experience and qualification, easily available online to the administration.

It will also help employees to concentrate more on public service once free from personal anxiety of getting their due work done. That will enhance public delivery more satisfactory and more employees will be available for core work of the Government than maintaining of Service Book. 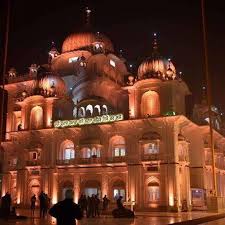 On the intervening night of Monday and Tuesday, Patna Sahib Gurdwara in  Patna witnessed a heavy rush of devotees, who gathered to celebrate the 351st birth anniversary of Guru Gobind Singh.On Monday, the three-day-long ‘Shukrana samaroh’ or ‘thanksgiving’, which marks the closing ceremony of ‘Prakash Parv’, a year-long celebration of the 350th birth anniversary of Guru Gobind Singh, came to an end.

When his father, Guru Tegh Bahadur, was beheaded for refusing to convert to Islam, Guru Gobind Singh was formally installed as the leader of the Sikhs at age nine, becoming the tenth Sikh Guru.

His four sons died during his lifetime in Mughal-Sikh wars – two in battle, two executed by the Mughal army.

Among his notable contributions to Sikhism are founding the Sikh warrior community called Khalsa in 1699and introducing the Five Ks, the five articles of faith that Khalsa Sikhs wear at all times.