The Centre sanctioned a new project to control pollution in River Sal at Navelim town in Goa. The project was sanctioned by the Ministry of Environment, Forest & Climate Change under the National River Conservation Plan and would cost of Rs. 61.74 cr.

Components of the Project

Under the project, around 32 kms of sewers will be laid and sewage treatment plant of 3 million litres per day (MLD) constructed. The project is scheduled for completion by January, 2021.

Utility of the Project

The project will help in reduction of pollution load in the river and improvement in its water quality, besides improving the environment and sanitation in the town.

The Sal River is a small river in Salcete, Goa . The river opens near Margao  and drains itself into the Arabian Sea at Betul. Sal River has a natural harbour, ‘Kutubandh’ in Velim, Goa , meaning ‘hidden’ from the Arabian sea. The Kadambas navy use this harbour for shipbuilding. 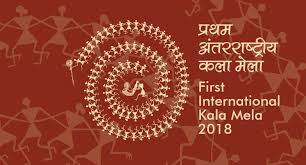 With a total of 325 exhibition stalls, it has more than 800 participants from across the globe. These participants are from countries such as China, Venezuela, Peru, Portugal, Srilanka, Poland, Tunisia, Mexico, Bangladesh, Trinidad, Tobago, Fiji, France, Papua New Guinea, Czechia, UK, Spain and Brazil. The Festival is being organized from February 4th, 2018 to February 17th, 2018 at the IGNCA, New Delhi.

3 . International Conference on ‘Demetrios Galanos and His Legacy’

The International Conference on ‘DemetriosGalanos and His Legacy’ was inaugurated at IGNCA in New Delhi recently . Many senior scholars and young researchers from Greece as well as from India are attending the conference.

Indira Gandhi National Centre for the Arts (IGNCA) is organizing the 8-days International Conference on, ‘Demetrios Galanos and His Legacy’. The 8-day long convention is being held in Delhi and Varanasi, in addition to organizing the exhibition and folk music of Greece.

(1760–1833) has a special place among the foreign scholars who came to India to study in the nineteenth century. He was the only one who stayed in India for 47 years, and except for the first seven years when he lived in Calcutta, for 40 years he lived in the city of Varanasi.

He translated the Bhagvad Gita into Greek among many other Sanskrit texts. His major contribution was the compilation of a Sanskrit-English-Greek lexicon of about 9000 words.

India and Greece share great traditions of philosophy, architecture and music.In fact, all the arts are regarded as civilizations that have enormously impacted the East and the West. Demetrios Galanos can be seen as a symbol of coming together of these two great civilizations, as he embraced and enriched both these cultures by his immense knowledge and deep insight.