The LPG Panchayat, which was launched in September 2017 in Gandhinagar, is aimed at driving rural households to adopt LPG. LPG Panchayat is a backup scheme to the existing PMUY. 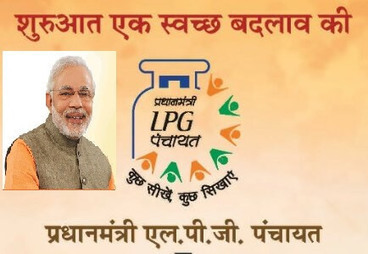 Why LPG Panchayat scheme was launched?

The Pradhan Mantri Ujjwala Yojana (PMUY), launched on May 1, 2016, in Ballia district of Uttar Pradesh, was turned out to be the most successful social sector scheme of the current government. However, the refilling rate among PMUY consumers is comparatively low at 3.8 cylinders per year, versus 7.76 by a normal consumer.

How many Panchayats will be conducted?

The Ministry of Petroleum and Natural Gas intends to conduct 1 lakh such Panchayats across India before March 31, 2019.

Subjects of the Panchayats

Panchayat will deal with the issue of safe use of LPG as well as its various benefits, like environment, health, and how it empowers women.

1 . Pradhan Mantri LPG Panchayat will aim at spreading awareness among the LPG users about how to properly use the clean fuel and its many benefits.

2 . LPG Panchayat will serve as an interactive platform between those who received LPG cylinders under PMUY, officials, LPG distributors and NGOs.

3 . In one panchayat, around 100 LPG customers of nearby areas will share their experiences with each others. They can also share their problems and suggestions.

4 . The panchayats will also include safe practices, quality of service provided by distributors and availability of refill cylinders.